Montreal, Quebec, September 16, 2014 – ExposNation, a non-profit organization that promotes Montreal as a viable Major League Baseball market and that engages the Montreal fan base, announces that it will host a Pitch and Catch Rally on Sunday, September 28th, 12-2pm at Loyola Park in NDG. In conjunction with the NDG Baseball Association, Aucoin Baseball and Easton, all baseball fans are invited to bring a glove and don their Expos attire, nearly 10 years to the day of the last Expos home game.

Former Montreal Expos pitcher Derek Aucoin, President of Aucoin Baseball, will give the first 100 kids who show up the opportunity to hit off of him, while other special guests, including Annakin Slayd, will be on hand.

“Ten years later, we invite kids and adults alike to celebrate not the demise of the Expos, but the rebirth of this city’s passion for baseball,” said Matthew Ross, ExposNation Chairman and Founder.

Kids will also be invited to field the batting practice in the outfield and get an exclusive preview of Easton’s 2015 baseball equipment line.

Subway will provide 100 lunches for the kids participating.

In August of last year, outside Jarry Park, ExposNation held its first Pitch and Catch Rally. 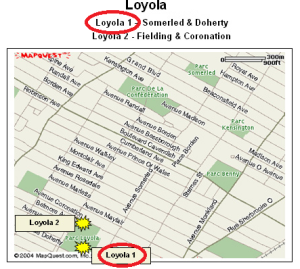