Version 2.0: MLB cities that lost their teams and got them back

When thinking of Nos Amours and the possibility of having them back one day, the pessimists will often recognize that Montreal did have a team and they lost it. Little do they know that almost a third of the current MLB cities have gone thru the same process as Montreal. Hosting pre-season games might not seem like a big deal to some people, but it is. The step by step process that has been established by the potential ownership group is logical since it has worked for other cities. The next step, having regular season games, is not only a huge mental win for the fans wanting a team back, but it could be a big step to get a team back one day.

Cities who have lost one MLB teams 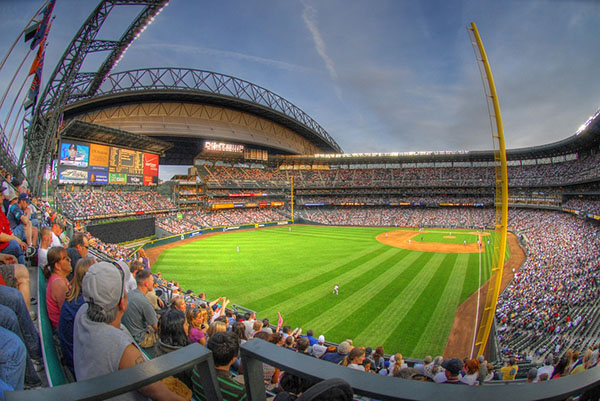 Seattle probably owns the record of the shortest running franchise in MLB history. A year after the county had voted in favour of a new domed stadium to be built (that later turned out to be the Kingdome) Seattle was awarded an MLB franchise in 1969. One year after operation the owners filed for bankruptcy and the team was bought out by an automotive dealer in Milwaukee moved them and ultimately renamed them the Brewers. Ironically, the Kingdome only broke ground in 1972 and opened in 1976, a full 6 years after the team who were first supposed to play there had moved. All worked out well when Seattle was awarded a new franchise in the American League to the city in 1977. If you look at the old logos from the Seattle Pilots, the Seattle Mariners and the Milwaukee Brewers, you will notice that the pattern of colours used by all teams is almost identical. 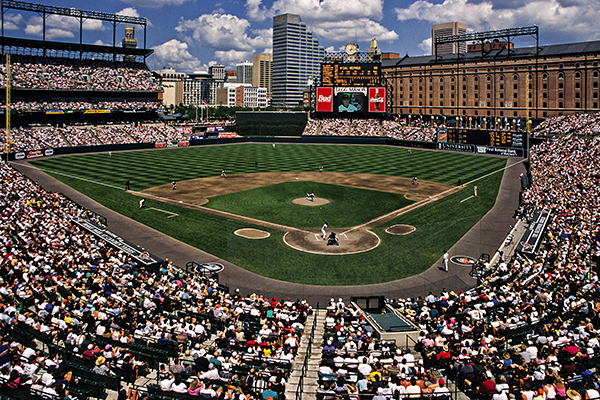 The first Baltimore Orioles began play in 1901. Firstly, the owner had its sights on another city, New York, but because the powerful New York Giants opposed to the move (territorial rights) the then owner decided to put the team in Baltimore. After 2 years of then owners jumping ships and joining the Giants ownership, the representatives finally held talks to calm the waters and opened the door for the Orioles to move to their first desired location of the Big Apple. When the team moved in 1903 they were named the Highlanders because of the then stadium who was built on top of a hill in Manhattan. Ultimately the team changed names in 1913 when they became the world renowned New York Yankees. Baltimore got their chance again in 1954 when a team who were formally known as the Browns moved to Mobtown and became the second incarnation of the O’s. 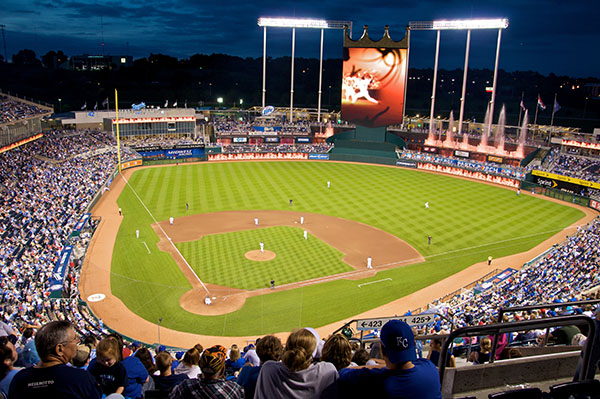 Most of you don’t know that the reining World Series champs are named after a livestock show. Yes, a livestock show. But before the Royals arrived in 1969 the Kansas City Athletics ruled K.C. As some of you may suspect, the Athletics moved to Oakland in 1968, but by doing so the then owner broke the law. Because Kansas City had already begun the process of building a new stadium they decided to give the city a new franchise and the Royals were born.

Cities who had two franchises and lost one 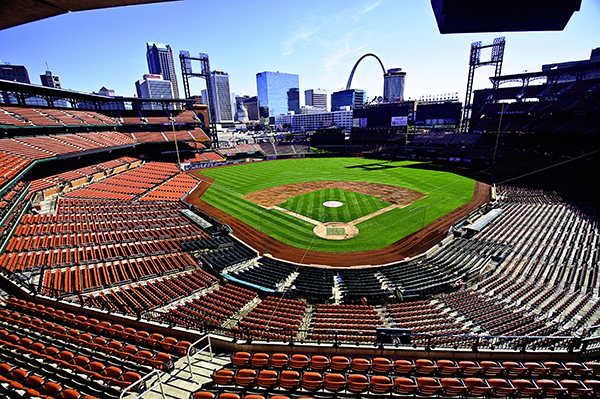 St. Louis was one of the cities where not one, but two baseball teams played. The Cardinals franchise has been in St. Louis since 1882. Although they were thru a few name changes, they have been named the Cardinals since 1900. As you will see later, the St. Louis Browns were born after the Milwaukee Brewers moved to The Lou in 1902. The team played there for 51 years before moving to Baltimore.

Most baseball fans know Phily as the home of the Phillies. Since 1883 the franchise has guided the city of Brotherly Love to two World Series titles. But between 1901 and 1954 they had a brother in the city named the Athletics. Yes, again the Athletics. Who then moved to K.C. and then moved again to Oakland. Those Athletics sure moved a lot!

The city of Milwaukee was the very first city to lose its MLB franchise in 1902 when the Brewers moved to St. Louis to become the Browns. Brew City got another chance when the Boston Braves moved there in 1953. Unfortunately for them, that team then moved in 1966 to, you guessed it, Atlanta and kept the name Braves. After a series of successful pre-season and then regular season games were played in Milwaukee, Allan Huber Selig, AKA Bud Selig tried to buy the Chicago White Sox in 1969 to move them to Milwaukee. Ultimately the sale was aborted and the White Sox stayed in Windy City. Mr. Selig finally got his chance in 1970 when he bought out the bankrupt Seattle Pilots and moved them to Milwaukee. The new Brewers colors were set to be red, white and blue, but because the move was so last minute, (less than a week before opening day) and they didn’t have time to order new uniforms, they decided to keep the yellow and blue coloured uniforms of the Pilots. Those colors, yellow and blue, are still used by the Brewers as of today. 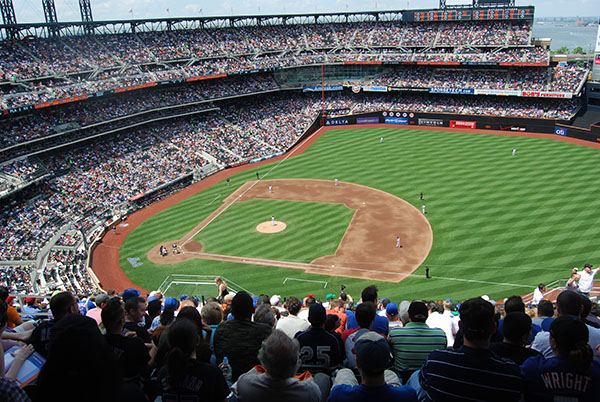 For a long time New York and it’s boroughs were home to three Major League Baseball teams. The Giants played in Manhattan, the Dodgers played in Brooklyn and the Yankees played and still play in the Bronx. But in 1958 after both the Giants and the Dodgers failed in their attempts to get new stadiums, they decided to move to California in order for them to at least have an opponent near by and minimize travel costs to at least play each other. You have to consider that in the 50’s transportation was not what is now and most teams were located in the east coast of the USA. The city of New York got one of it’s teams back when the New York Mets were born in 1962 and decided to locate their stadium in the borough of Queens. For stadium geeks like me you will find it cool that the front of the new Mets’ Citi Field is actually build to copy the facade of Ebbets Field where the Dodgers used to play before they moved to Los Angeles. For those of you who would like to watch a great documentary mainly of the Dodgers but which also discusses the move of both teams, Brooklyn Dodgers: Ghosts of Flatbush was produced by HBO in 2007 and introduces us not only to the birth of the Trolley Dodgers but also that time Jackie Robinson declined to report to the Giants following a trade and instead decided to retire. 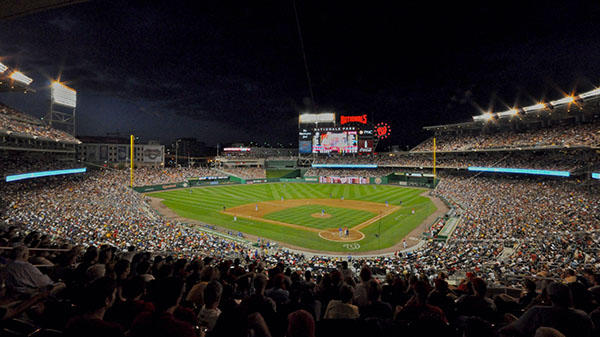 As you can see from the different team moves and re-moves, everything comes around in a circle. Cities either get their team back, or at least they are left with one of their teams, as it was the case for New York, St. Louis and Philadelphia. With potentially two corporate teams trying to bring a franchise to Montreal it only proves the more stable viability of the market. In the end, what businessman would make a billion dollar investment and think his investment would not pan out?