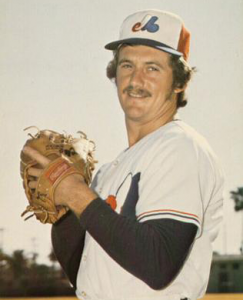 Montreal, Quebec, July 15, 2013 – ExposNation, a Facebook fan page with over 155,000 Montreal Expos fans, today confirmed the participation of former Expo Bill Atkinson for the July 20th planned presence at the Rays vs Jays game in Toronto. Announced in March, the show of support for pro baseball’s return to Montreal at a Major League Baseball park is estimated to attract over 600 Expos fans to the game.

“ExposNation is overwhelmed by the media inquiries and outpouring of fan support that we’ve seen over the last several months. Adding Bill Atkinson to our presence at the Rogers Centre only adds to our growing credibility and further cements our cause as worthwhile. We hope that Major League Baseball and prospective investors in a Montreal franchise and stadium are taking notice,” asserted Matthew Ross, ExposNation Founder and Chairman.

A native of Chatham, Ontario, Atkinson pitched parts of four seasons (‘76-‘79) with the Expos.

Also expected among the ExposNation contingent will be former General Manager and 1981 Expos manager Jim Fanning, a member of the Canadian Baseball Hall of Fame.

Interested Expos fans are invited to purchase tickets in section 103 and 104 to be a part of the festive crowd.

ExposNation is currently working on a Montreal based event for later in the year.

Initially starting out as a Facebook fan page, ExposNation is a growing grassroots collective of baseball fans that cherish the history of the Montreal Expos and want the team to return to the region. Recognized by the National Baseball Hall of Fame, the Major League Baseball Players Alumni Association, and a partner of the Montreal Baseball Project, the ExposNation executive committee is comprised of volunteers that work only to create awareness for its cause. exposnation.com

For an interview, including with ExposNation committee member and creator of the viral hit Remember the Expos, Annakin Slayd, please email info@exposnation.com.