The difficult training camp: Jackie Robinson and the 1946 Royals


First of all, Jackie had to go through numerous obstacles simply to get to Florida. Him and his wife, Rachel, were bumped from 2 flights, as they were African Americans. They had to settle for a very long bus ride in the crowded “black” section of the bus even if numerous seats were available in the “white” section of the bus. When he finally got to Florida, Jackie was so tired and frustrated that he almost headed back home and put a stop to the whole idea of him attending the training camp.

Jackie and John joined the rest of the team on March 4th, a full 3 days after their scheduled arrival at the camp. On his first day Jackie spent more time answering the questions of journalists and posing for pictures than practicing. None of the reporters mentioned the events that led to Jackie being so late at camp. As for Wright not many journalists took notice of him because Robinson was the color barrier star.

Daytona Beach was chosen as the perfect training camp location by the Dodgers organisation as it was a very liberal and open-minded community, which was uncommon in the southern United States. Although Daytona Beach lived up to it’s reputation the team encountered many problems in other cities when it tried to put Jackie and John in. The team was confronted and had to leave Sanford, site of the pre-training camp, as citizens made it clearly known that black athletes were not welcomed there. Within 6 days the Dodgers organization saw three of it’s games get cancelled, 2 in Jacksonville and one in Deland, as they had black players in their team. During a game at the end of the training camp, Clay Hopper was even forced by Sanford authorities to send Jackie to the showers after the second inning. 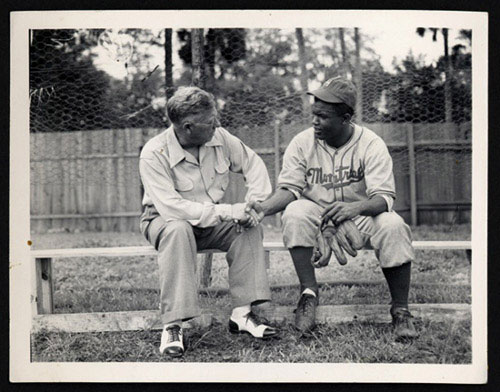 On top of all that drama, Jackie still had to earn his spot on the team. Wanting to prove he was valuable, Jackie was often doing too much. He even developed shoulder problems as he was throwing the ball too hard at first base. Branch Rickey quickly made me realize that even with shoulder problems he could not let Jackie take a day off, as it would look like he was getting preferential treatment.

Jackie had a lot of trouble offensively and the same defensively as shoulder problems forced the team to move him from 2nd base to 1st base where he had never played before. As the days rolled by Jackie was becoming more tense and ineffective making numerous mistakes. To top it off, media critics quickly noticed how poor Jackie’s play was.

As the team thought they were not ready, the Royals played almost every day starting March 5th without the help of Jackie and John. But the first game that broke the color barrier came on St-Patrick’s Day. 4000 spectators, including 1000 African-Americans, filled the stands of the Daytona Beach baseball park. Robinson was cheered loudly by the black spectators in attendance throughout the whole game. The white spectators politely welcomed him to his first batting presence but joined the black spectators at his 2nd and 3rd batting presence. 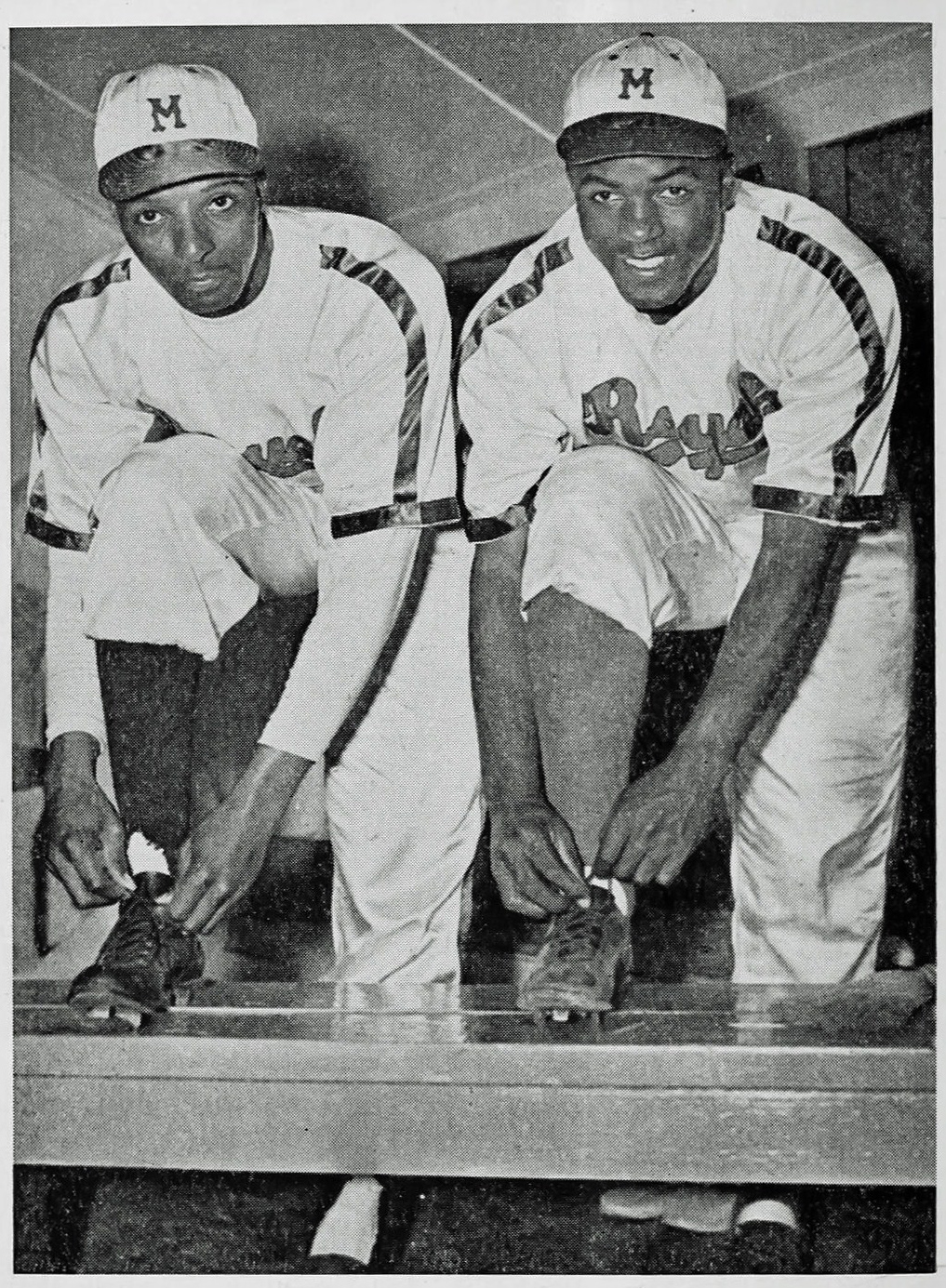 In the end, Jackie and John both started the season with the Royals even though they weren’t the best players. Of all the players who made the team Jackie had one of the lowest batting averages and his defensive play was often questionable. Wright only threw during 10 innings of pre-season play and was neither good nor bad.

For Jackie, the best was yet to come.