Jackie Robinson in Montreal: The 1946 season in a few words

By Marcel Dugas Marcel Dugas is an historian who’s been researching the Royals since 2013. You can follow his Twitter feed devoted to the team at https://twitter.com/Royals_46season

When the president of the Montreal Royals Hector Racine announced a press conference on October 23rd, 1945, he said he had an announcement “that would revolutionize the baseball world”. Many Montrealers believed the city would receive a major league baseball franchise, but the announcement was of a different nature. The Royals would become the first baseball team of the twentieth century affiliated with the major leagues to dress a black player: Jack Roosevelt “Jackie” Robinson.

For over half a century, the baseball tycoons were following an unwritten rule: They were not offering contracts to African-Americans. Major leagues were reserved for white players while black players were playing in different leagues that were grouped under the “Negro leagues” name. That all changed when Branch Rickey, president and general manager of the Brooklyn Dodgers, decided to integrate its organization. And it is within his Montreal farm team that what was dubbed “The great experiment” would begin.

Robinson had signed his first contact with organized baseball during training camp in Florida, a state where racial segregation was common. This camp was real ordeal. He was driven out of the city that hosted the preliminary training camp. His presence caused the cancellation of seven exhibition games. Jackie even had to be removed from a game after two innings; the local police chief having threatened to stop the game if black players continued to play.

Despite not being impressive during training camp, Robinson was sensational in the first game of the season. In his second at-bat in the International League, he hit a three-run homer. He finished the game with 4 hits in 5 at-bats, 4 RBIs, 4 runs scored and 2 steals. The table was set for what would follow.

As if playing into one of the strongest baseball leagues in the world was not enough, Robinson faced an absolutely extraordinary pressure throughout the season. He knew that in case of failure, the integration of baseball might be delayed by several years. He had to excel in the field. And he had to do it despite the hostility of some fans (especially in Baltimore) and although many players of opposing teams (especially those of the Syracuse Chiefs) used the racial slur in an attempt to disturb him. All this pressure almost overcame Jackie, who was pushed to the brink of a nervous breakdown.

Fortunately, he could count on the continued support of Montreal fans who cheered him wildly every time they had the opportunity and jeered opponents who mistreated him on the field. He was also very well received by the residents of the Villeray neighborhood where he lived with his wife and ally of every instant Rachel.

It would be wrong to see the 1946 edition of the Royals as Jackie Robinson’s team. He was surrounded by players who, failing to have great careers in the majors, were solid Triple-A players. The club won 100 games, a franchise-record, winning the regular season’s championship by eighteen and a half games. 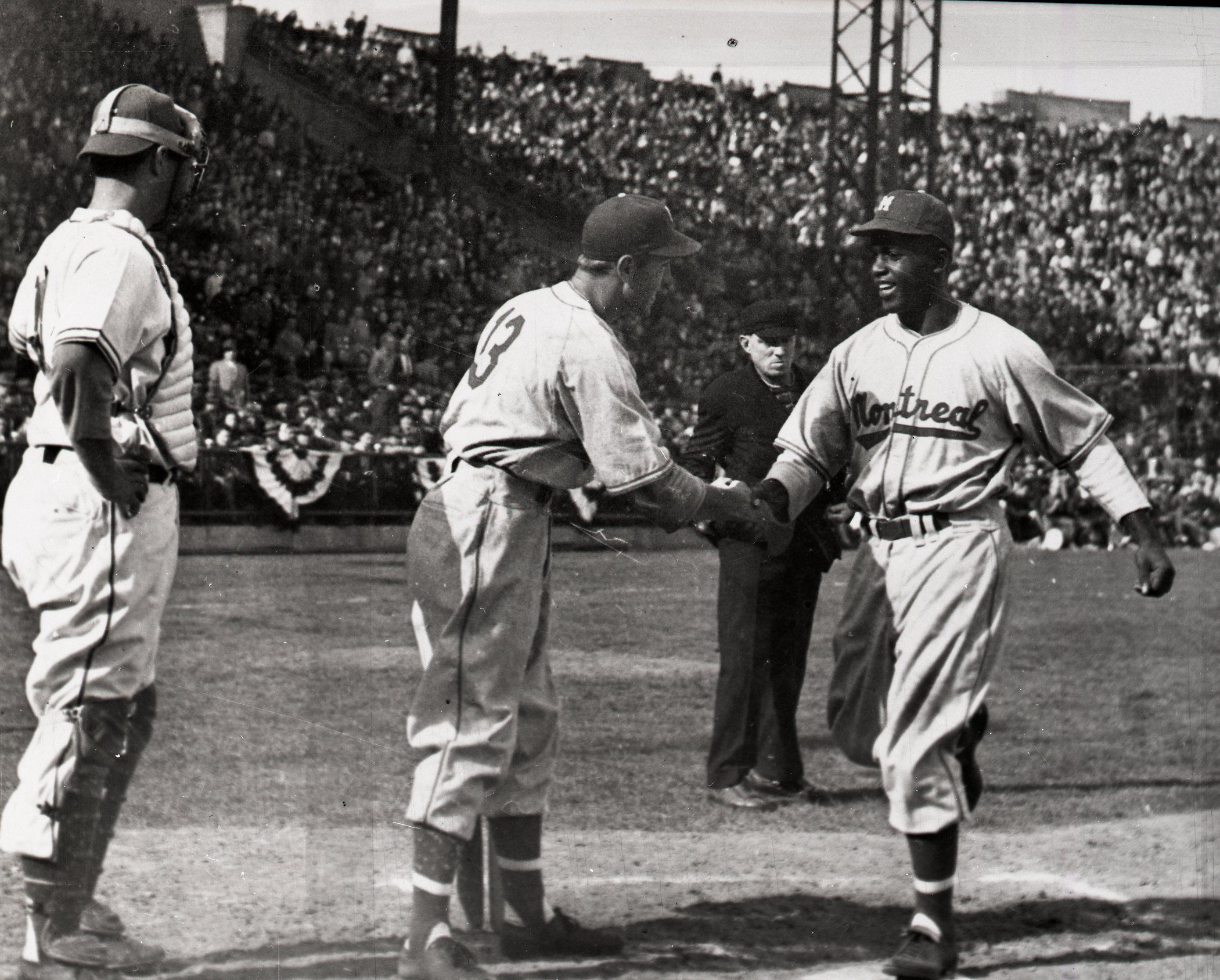 In the playoffs, the Montrealers first eliminated the Newark Bears in the semifinals before getting rid of the Syracuse Chiefs in the finals of the International league. In doing so, the Royals earned the right to participate in the Little World Series against the Louisville Colonels, in Kentucky, champions of the American Association, to crown the best team in the minor leagues.

In Louisville, Jackie met another crowd openly hostile to the integration of baseball. Subjected to a torrent of racial insults, he only got one hit in ten official at-bats during the three games played in Kentucky. The Royals returned to Montreal behind 2-1 in the series.

After the end of the series, Jackie, tears in his eyes, was carried in triumph around the field by the fans. Since he had a plane to catch, he had to leave as quickly as possible. But this was without taking into account the affection Montrealers had for him. Robinson finally left the stadium running out, chased by a mob of fans. That made journalist Sam Maltin say that “It was probably the only day in history that a black man ran from a white mob with love instead of lynching on its mind”

Later, Jackie related his departure from Montreal as follows: “As the plane roared skyward and the lights of Montreal twinkled and winked in the distance, I took one last look at this great city where I had found so much happiness. ‘I don’t care if I ever get to the majors, I told myself. This is the city for me. This is paradise’”. 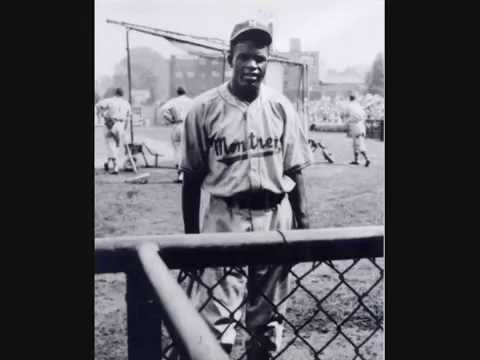